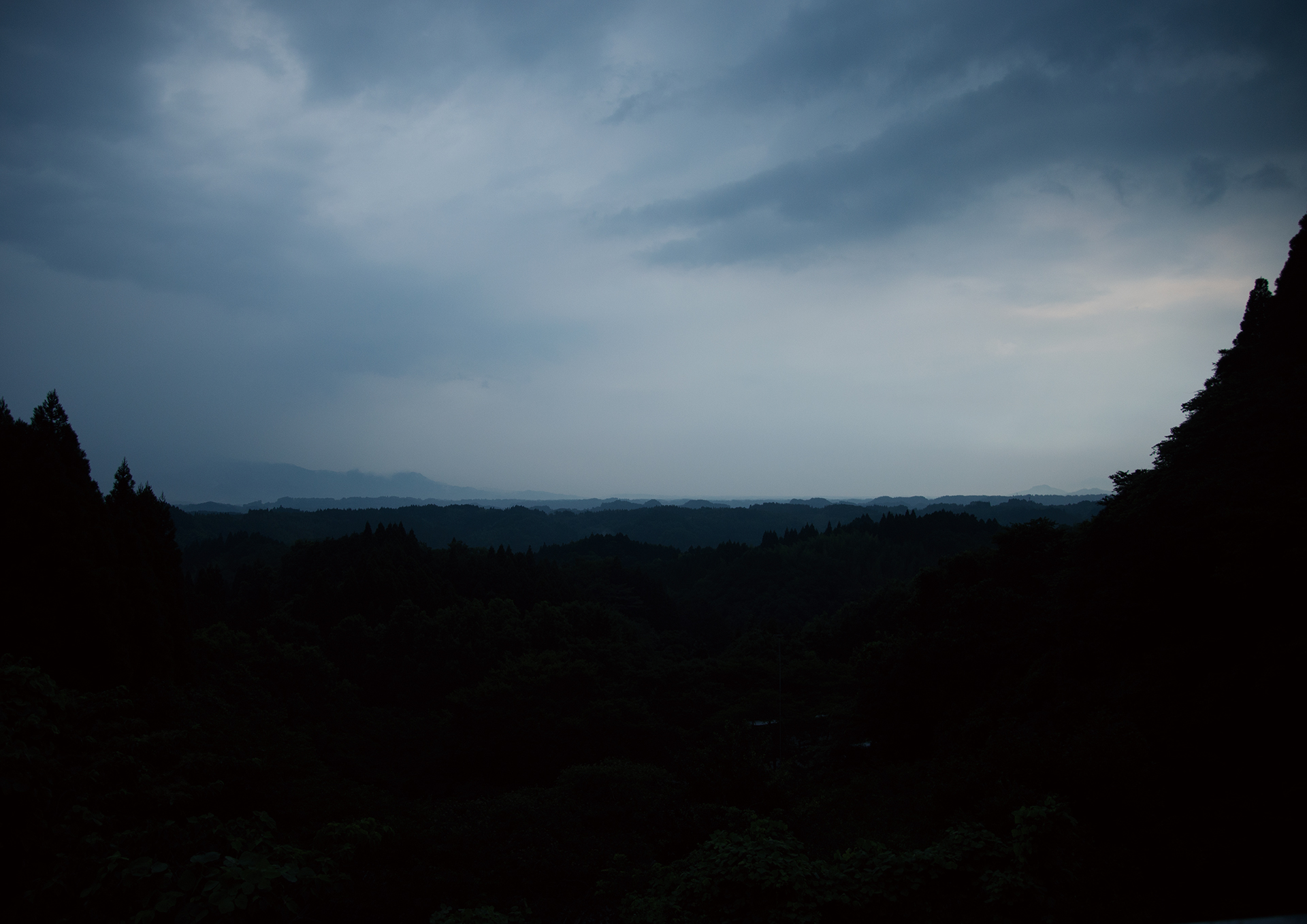 FOOD NIPPON is our series of seasonal events focused on “rediscovering Japanese food culture.” Since 2013, we have been gathering stories from around Japan that tell of the richness of this country, delving into various foods and customs, and learning from our ancestors’ wisdom and ingenious adaptations that have been passed down through generations.

On this occasion, we are sharing our unique reinterpretations of cuisine from Osaka in two parts. Following on from part 1 on Osaka in the middle ages, starting November 5th, we explore early modern Osaka. 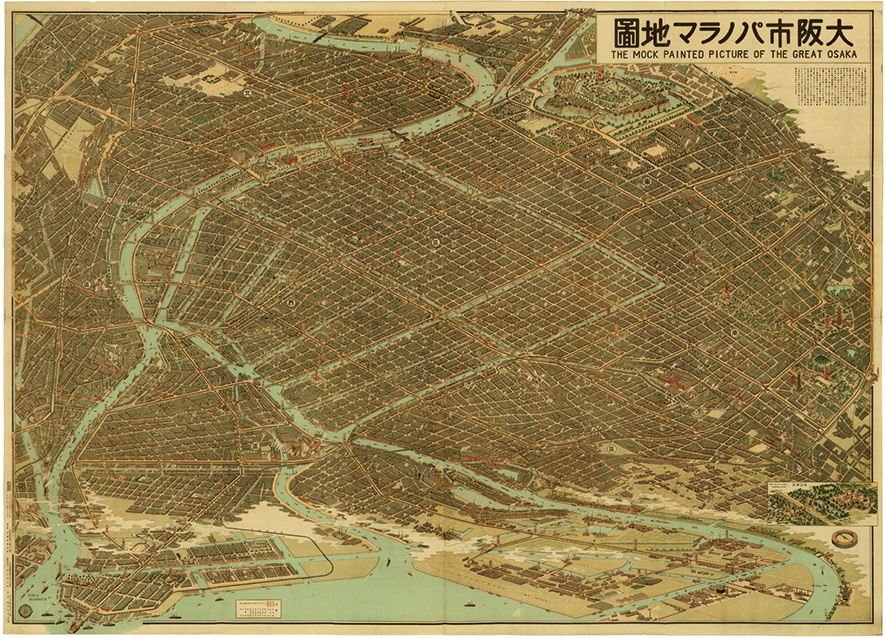 The upheaval following the Meiji Restoration shook the economy of Osaka – the city that had prospered as “The Nation’s Kitchen.” The monetary system changed with yen introduced as the new currency. Domains were abolished in favor of prefectures, feudal lords’ city storehouses were disposed of, and most of the feudal lords’ debts were written off. In addition, ongoing land tax revisions led to the collapse of the rice distribution network which had prospered since the Edo Period. Many of Osaka’s famous wealthy merchants suffered great losses leading them to bankruptcy. However, industrialization continued primarily through the establishment of the world’s largest mint bureau and the spinning industry, and by the middle of the Meiji Period, the efforts of emergent businessmen helped revive the city into a commercial center known as the “Manchester of the Orient.”

During the Taisho Period, major city planning works, such as widening the main street called Midosuji and construction of an underground train line, helped Osaka develop rapidly into a modern city. Osaka overtook Tokyo’s population in the late 1920s (late Taisho Period to early Showa Period) to become Japan’s most populous city, with more than two million residents. Various industries and cultural arts flourished giving the city a brilliant vibe, and it entered a golden age with the name “Great Osaka.”

It was in Great Osaka that modern culture blossomed, with a mix of tradition and modern Western culture. Modern boys and girls strutted their stuff down the street of Shinsaibashi with its rows of magnificent modern department store buildings and beautifully adorned jewelers and boutiques standing alongside old Edo Period stores. And Dotonbori in the richly historic town of Shibai was filled with playhouses, movie theaters, and cafes and eateries serving Japanese and Western food. Gentlemen from the extremely wealthy Senba merchant houses enjoyed theatergoing, riding pleasure boats to the Dotonbori Goza riverbank to dine at teahouses with theaters attached, or to appreciate dramatic recitations accompanied by shamisen, called joruri. Come winter, Dotonbori bustled with oyster boats – a popular seasonal treat in the city of water.

With burgeoning modernism came changes to celebratory foods among the prestigious Senba merchants. Whereas previously caterers well-known to the merchants had been tasked with preparing food for business meetings and entertainment and important ceremonial occasions, that role gradually shifted to restaurants. In typical Osaka style, thinking soon turned to making a profit, which eventually led to the advent of eateries known as kappo, where diners could choose dishes and eat them cooked to order. This was followed by “counter kappo” offering diners a counter seat from which they could admire the chef’s incredible cooking skills as they ate. Back and forth between chefs and the very particular gentlemen merchants led to the refinement of Osaka-style “seasoning,” in which dashi plays the leading role.

The devastating air raids of World War II turned Osaka into a burned plain. Severe food shortages in the post-war recovery period necessitated the use of substitutes for rice, which led to the development of wheat flour–based recipes like takoyaki and okonomiyaki, known as konamon. Affordable and deliciously filling, these foods spread quickly among the masses. And the key to flavor in these dishes, too, was none other than dashi. Inherited from Edo Period times during the city’s heyday as “The Nation’s Kitchen,” the deeply entrenched dashi culture continues to pervade Osaka food culture – from high-end to casual – today.

The commercial center of Osaka worked hard to revive despite countless setbacks in the passage of time, thanks to merchants who migrated to the city from various regions around Japan. As if paying homage to forebears’ efforts to maintain traditions yet reform without fear of change, Osaka’s food culture has evolved into its current form through the flexible incorporation of new ideas and creative innovations. Especially now in this age of excess, there is no shortage of lessons to be learned from that food culture created in the spirit of enterprise and frugality. We are delighted to share with you our reinterpretations of the food culture of Osaka. We sincerely hope you will join us.

Throughout FOOD NIPPON 2019, we will be offering special lunch and dinner menus that showcase “Osaka.” 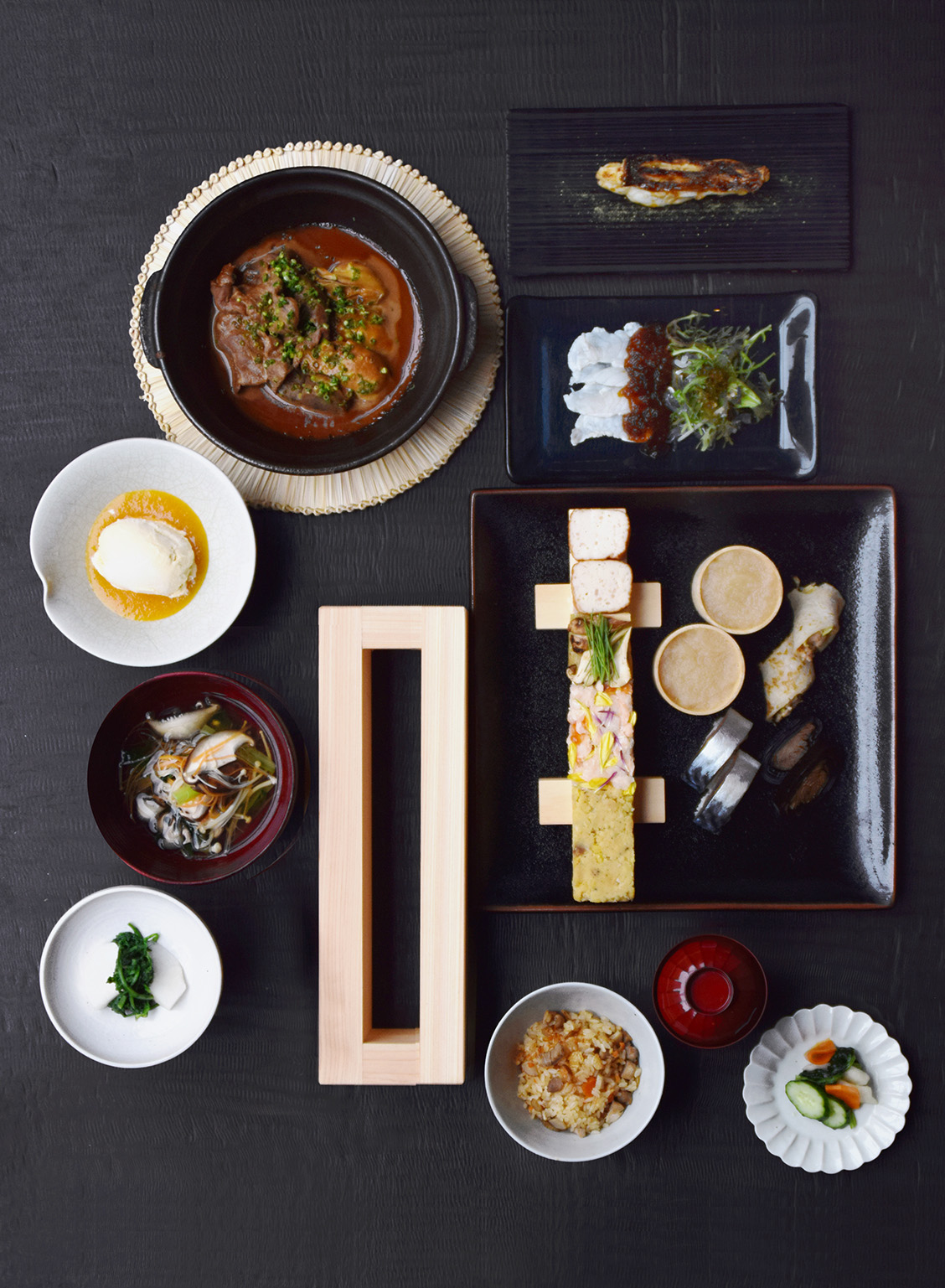 Served from November 5th to 30th

＊ Some items from our dinner course will also be available a la carte.
＊ Please note that ingredients may change according to availability. 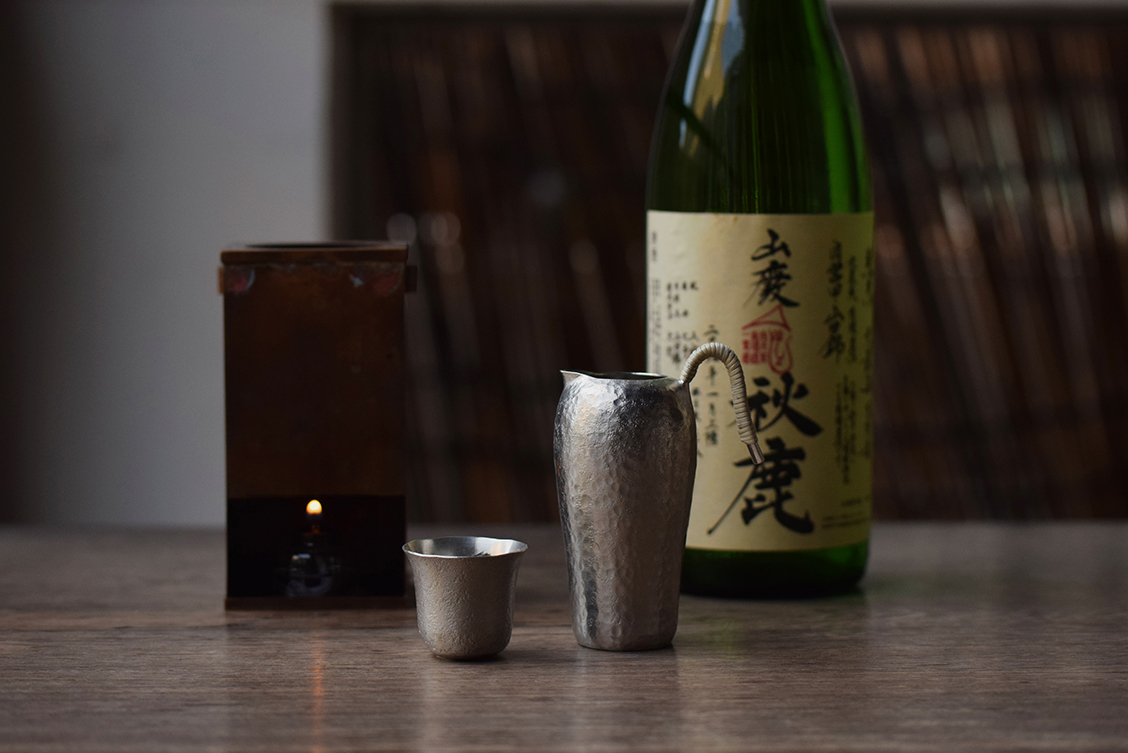 Nestled in Nose amid the Hokusetsu Mountains in the northernmost part of Osaka Prefecture is the brewery Akishika Shuzo, established in 1886. The brewery controls every part of the sake production process, starting with growing its own rice focusing on umami content. The deep cold of this region plays a major role in the resulting sake flavor – clear and clean umami and acid in a well-structured sake. Particularly satisfying when served warm; simply heavenly infused with the flavor of grilled fugu puffer fish fin. We invite you to enjoy this wonderful brew in a tin sake cup made especially for FOOD NIPPON. 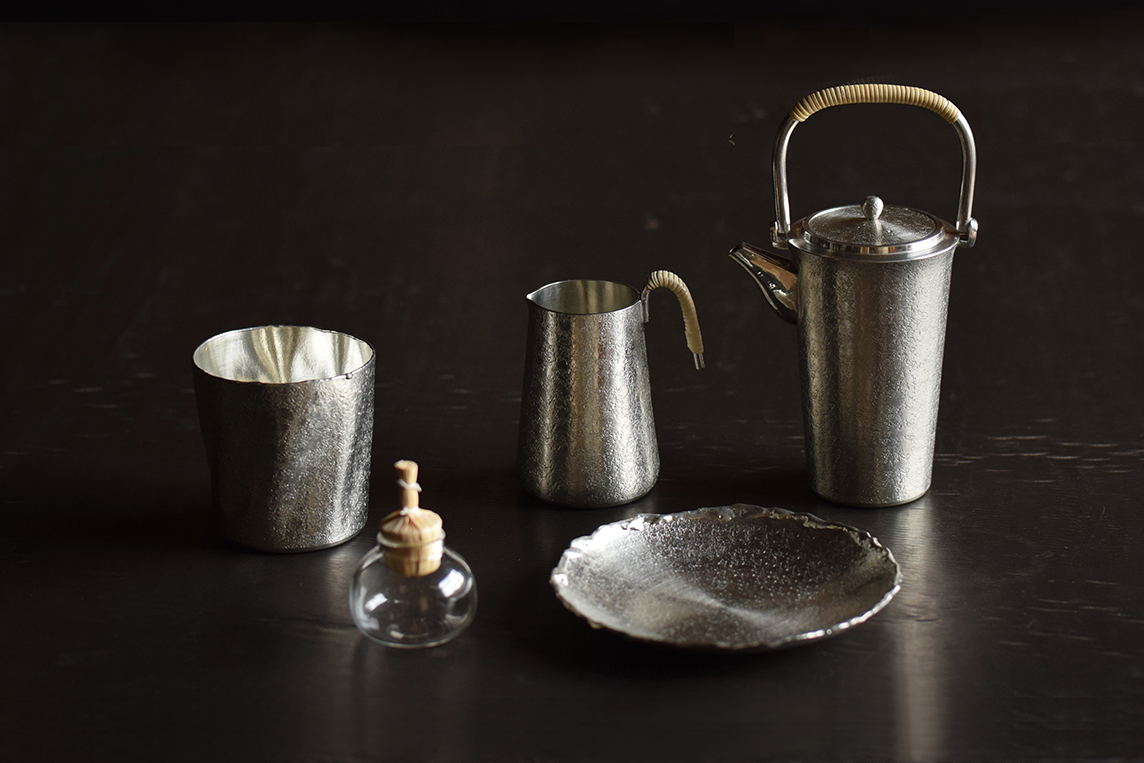 Sedge weaving (suge zaiku), with more than 2000 years of history in Fukae, and suzu tin tableware, which saw great development in Osaka during the Edo Period, are traditional Osaka crafts. Items of these crafts are on display and for sale at our salon space in HIGASHI-YAMA Tokyo as well as at our sister shop HIGASHIYA GINZA. Please come and visit us.